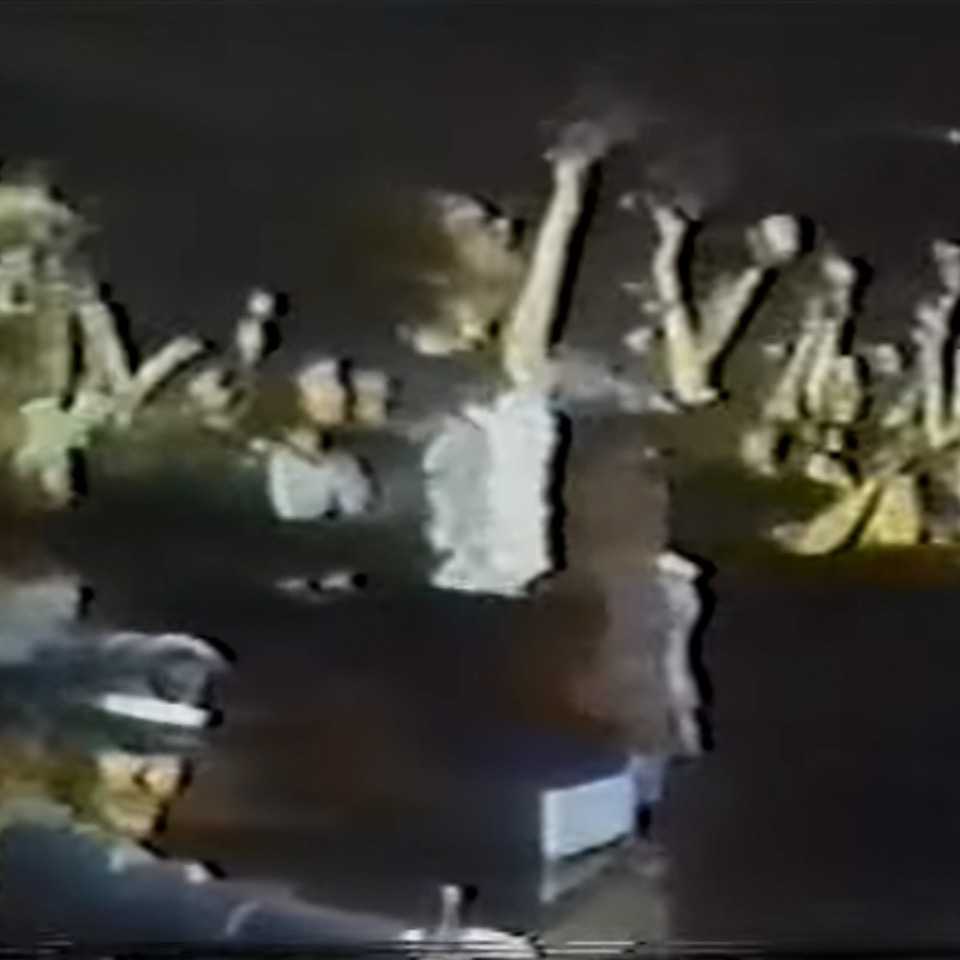 This Ruine with PlusX is one of the out of control invitations, one perhaps that finds the eternally expanding network of actual relationships in theoretically eternally expanding invitations. Ruine München invites to the Fahrender Raum, which in itself is also a continuum of its own, Ruine München invites PlusX to it. PlusX, a collective that invites others for performances for sound and texts, for theory or poetry, who then in turn invite others further. PlusX will play their whole archive for Ruine and then invite again for the publication release for a listening session (simultaneously in Munich and Berlin) to establish the connection between production and performance place, between the parts of the scattered collective. Because every branching can also be read as a connection, as a trace of a social relationship.

Content of the publication: 1) a flyer cover delineated by scripts that serve as a portal depicting the traces of cooperation from the perspective of Ruine. 2) Brief descriptions regarding the contnt of the sound pieces from the PlusX archive, presented in Fahrender Raum, that sompose a core element of the exhibition. 3) Olamiju Fajemisin's observations on authorship, agency and intercontextuality that she places in relation to her position in the organisational fabric. 4) A hybrid text by Sebastian Brank, Donna Schons and Jan Kunkel in which the +X comrades enct a practice of collective writing. (source: "Anstelle eines Vorworts" in the publication)

PlusX is an art space dedicated to sound, text, and performance that takes the form of a monthly show on Cashmere Radio and also publishes regularly via its website. PlusX invites contributors to explore forms of communal listening in projects where sound becomes a pulsating experience shared with others. These collaborative works are broadcast live and also become part of an archive of auditory art experiences. This sound-based output is complemented by written contributions on the PlusX website including theoretical texts, poems, and non-fictional outtakes. By encouraging participating artists to invite others, PlusX aims to cultivate an ever-expanding nexus of collaborators. PlusX also supports fellow anti-racist, feminist, and queer voices.

Ruine München is an independent/artist-run/not-for-profit exhibition series based in Munich and takes place at least four times per year on various venues. Instead of maintaining a permanent exhibition space we offer respectively one artist a budget for the production of a publication and a corresponding release event. We think of Ruine München as a platform to showcase artistic positions that are not (or to a lesser extent) object-oriented, like text production, research-based and performative practices. Ruine München is being operated autonomously but dependent on voluntary work, the distribution of its publications and the support of the Cultural Department of the City of Munich. Ruine München is run by Jan Erbelding, Leo Heinik and Maria VMier.

All proceeds go to the next Ruine.